The Scientific Advisory Board is in charge of reviewing the scientific quality and consistency of UNCHARTED research outputs, and to discuss the deliverables produced, providing recommendations and suggestions.

Six internationally renowned scholars, specialized in the fields of sociology of culture, cultural economics and cultural policies, provide support and advice on scholarly aspects concerning both the theoretical and the methodological dimensions of the project.

Modern Languages is one of the UK’s leading research and teaching institutes for the study of languages and cultures. Research in Modern Languages is focused in three interconnecting strands of study which combine arts and humanities with the social sciences, and cut across the traditional language divides of most

modern language departments. These comprise: (1) the study of the languages and linguistics of different European countries with a

strong emphasis on ethnography, discourse analysis, sociolinguistics, and the language of the media; (2) cultural and literary studies, with strongly comparative and multicultural components; and the study of cultural memory; (3) social and political studies in Europe.  Further information: http://www.southampton.ac.uk/ml/index.page

Ulrike Hanna Meinhof is Emeritus Professor of German and Cultural Studies in Modern Languages, University of Southampton, and former Director of the Centre for Transnational Studies. She holds a DPhil in Linguistics. Meinhof has wide-ranging experience in co-ordinating and conducting international collaborative research, funded by the two mayor UK grant authorities in the Arts and Humanities (AHRC) and the Social Sciences (ESRC), and by the framework programmes of the European Commission, among oth

ers. She served as an Executive Board member for the International Association for Applied Linguistics, on the ESRC’s Internationalisation Committee, on the Steering Committee of the AHRC programme Migration, Diaspora, and Identities, and as a member of the AHRC Peer Review College. Her main areas of research involve ethnographic research on cross-border communities on the former German- German and on EU external borders; multi-cultural capital cities in Europe; transnational musicians’ networks across Africa and Europe; multicultural networks and neighbourhoods in provincial regions and towns in Europe. She has published widely in this field. Key publications include Cultural Globalization and Music. African Artists in Transnational Networks. (2011, with N Kiwan); Borders, Networks, Neighbourhoods. Negotiating Multicultural Europe. (2011, co-ed. with H. Armbruster, 2011); Music and Arts in Action (2011, co-ed. with N. Kiwan) and Transcultural Europe: Cultural Policy in a Changing Europe (2006 co-ed. with A. Triandafyllidou). Most recently with an AHRC Follow-on grant she has co-produced a music documentary based on her research with Malagasy musicians (Songs for Madagascar) which has been shown at major film festivals across Europe and in cinemas. 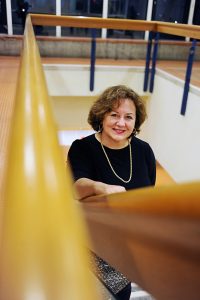 Weatherhead Center for International Affairs. The Center is the largest international research center within Harvard University’s Faculty of Arts and Sciences. The mission of the Weatherhead Center for International Affairs is to facilitate the production of pathbreaking social science research on international, comparative, transnational, and global issues by faculty and students at Harvard. The Center is structured to encourage the highest practical level of personal and intellectual interaction among a diverse community of scholars and practitioners. It is rooted in the Faculty of Arts and Sciences but incorporates colleagues from across the Schools of Harvard University. It is also distinctive in its recognition that knowledge is a product not only of individual academic research, but also of vigorous, sustained intellectual dialogue among scholars and non-academic experts. To stimulate this dialogue, the Center sponsors a wide array of seminars, research programs, workshops, and conferences. Further information: https://wcfia.harvard.edu/about.
Michèle Lamont is the Director of the Weatherhead Center for International Affairs. She is a cultural sociologist, specialized in the sociology of inequality, race and ethnicity, the sociology of knowledge, of higher education, sociological theory and comparative and qualitative sociology. She is a Professor of Sociology and African and African American Studies and the Robert I. Goldman Professor of European Studies at Harvard University. She served as the 108th President of the American Sociological Association in 2016-2017 and she chaired the Council for European Studies from 2006- 2009. She is also the recipient of the 2017 Erasmus prize for her contributions to the social sciences in Europe and the rest of the world. Her scholarly interests center on shared concepts of worth and excellence, and their impact on hierarchies in a number of social domains. Other areas of interest include group boundaries, how members of stigmatized groups respond to racism and discrimination, how culture matters for poverty, disciplinary cultures, and interdisciplinarity. Her publications include the coauthored book Getting Respect: Responding to Stigma and Discrimination in the United States, Brazil, and Israel (Princeton University Press, 2016); a special issue of the British Journal of Sociology on “The Trump/Brexit Moment: Causes and Consequences”; and her ASA Presidential Address “Addressing Recognition Gaps: Destigmatization and the Reduction of Inequality,” published in the American Sociological Review. She has recently published (2018) “Cultural Sociology and China.” Special issue of The Journal of Chinese Sociology; (2018)”Addressing Recognition Gaps: Destigmatization and the Reduction of Inequality.” American Sociological Review. 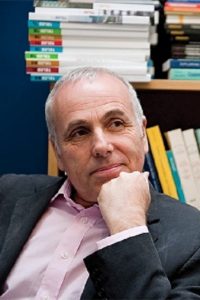 Philip Schlesinger is presently Professor in Cultural Theory at the University of Glasgow. He is a former Director and now a member of the Centre for Cultural Policy Research (CCPR), further information: https://www.gla.ac.uk/schools/cca/research/ccpr/. He is also founding Deputy Director of CREATe, the UK Copyright and Creative Economy Centre, further information: www.create.ac.uk, and a Visiting Professor in Media and Communications at the London School of Economics and Political Science (LSE.)

Schlesinger is a co-investigator in the AHRC-funded Creative Industries Policy and Evidence Centre (2018-2023), where he is working on the regulation of internet platforms and its implications for the post-public sphere. He was formerly lead partner in the Cultural Creativity Strand of CulturalBase, an H2020-funded project (2015-2017).

He has held both Jean Monnet and Robert Schuman Fellowships at the European University Institute of Florence and was a Visiting Scholar at the Maison des Sciences de l’Homme in Paris. Among his visiting appointments were the Queen Victoria Eugenia Chair of Doctoral Studies at the Complutense University of Madrid; Professor II in Media and Communication at the University of Oslo; Visiting Professor at the Institut d’Etudes Politiques in Toulouse, CELSA in Paris, LUISS in Rome, and holder of the Wenceslao Roces/UNAM Chair at the University of Salamanca. 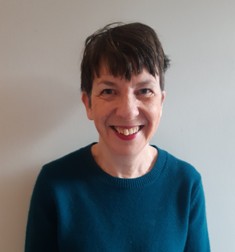 Kate Oakley is Professor in Culture and Creative Arts at the School of Culture & Creative Arts, University of Glasgow. She was previously Director of Research at the School of Media and Communication, University of Leeds, Head of the Centre for Cultural Policy and Management at City University, London and a Visiting Professor at the University of the Arts London. Her research interests include the politics of cultural policy, labour in the cultural industries, and inequality. She came into academia following careers as a journalist, market researcher and civil servant and for 15 years she ran a successful consultancy and research business in the cultural sectors. She has been member of the Arts and Humanities Research Council (AHRC) Strategic Review College, 2017-2018, and is member of the Advisory Board of CAMEo project, University of Leicester, since 2017, and member of the Creative Industries Council, Regions Sub-Group, since 2016.She has published widely in cultural policy including two recent books: O’Brien, D. and Oakley, K. eds. (2017) Cultural Policy. Series: Critical Concepts in Media and Cultural Studies. Routledge: London; Hesmondhalgh, D., Oakley, K. , Lee, D. and Nisbett, M. (2015) Culture, Economy and Politics: The Case of New Labour. Series: New Directions in Cultural Policy Research. Palgrave Macmillan: Houndmills, Basingstoke. Her most recent articles include: Oakley, K. , Ward, J. and Christie, I. (2018) “Engaging the Imagination: ‘New Nature Writing’, Collective Politics and the Environmental Crisis”. Environmental Values, 27(6); and Oakley, K. and Ward, J. (2018) “The art of the good life: culture and sustainable prosperity”. Cultural Trends, 27(1). 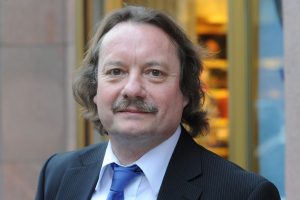 The Hertie School is a German private independent graduate school located in Berlin’s Friedrichstraße. An interdisciplinary focus and policy orientation distinguish the Hertie School’s research agenda. Internationally recognised academics make up the core faculty. Together with extended faculty, visiting faculty, postdoctoral researchers, research associates and PhD students they cover a broad spectrum of public policy issues in their teaching and research. First-rate publications and numerous international research projects with partner institutions are further highlights of research at the Hertie School. Further information: https://www.hertie-school.org/en/
Helmut K. Anheier is Professor of Sociology at the Hertie School. He served as President of the Hertie School from 2009 to 2018. He is also a member of the faculty at the University of California, Los Angeles (UCLA) Luskin School of Public Affairs and visiting professor at LSE Ideas, London School of Economics and Political Science. His research centres on indicator systems, governance, culture, non-profits and philanthropy and organisational studies. Anheier was the principal academic lead of the Hertie School’s Governance Report and book series (Oxford University Press, 2013-2019). He held a Chair of Sociology at Heidelberg University´s Max Weber Institute and served as founding Academic Director of its Centre for Social Investment and Innovation. He was the Academic Co-Director of the Dahrendorf Forum, a joint initiative by the Hertie School and the London School of Economics and Political Science, funded by Stiftung Mercator (2011-2020). He received his PhD from Yale University in 1986, was a senior researcher at the Johns Hopkins University’s Institute for Policy Studies, Professor of Public Policy and Social Welfare at UCLA, and Centennial Professor at LSE, and Associate Professor of Sociology at Rutgers University. Anheier is author of over 500 publications, many in leading journals and has received various national and international awards. Before embarking on an academic career, he served as Social Affairs Officer at the United Nations. 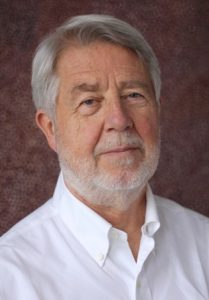 WZB Berlin Social Science Center is research institute for the social sciences in Berlin, Germany. With more than 200 researchers from 30 countries, it is the largest such institution in Europe. WZB’s research units conduct basic research on problems of modern societies in the globalized world. The research is theory-based, problem-oriented, often long-term and mostly based on international comparisons. Specific research areas include: 1) education, work, life chances 2) markets and choice, 3) society and economic dynamics 4) international politics and law 5) dynamics of political systems, and 6) migration and diversity. Further information: https://www.wzb.eu/en.Michael Hutter is Professor Emeritus and former director of the research unit “Cultural Sources of Newness” at WZB. He held professorships for economic theory (Universität Witten/Herdecke) and for the sociology of culture and innovation (Technische Universität Berlin). He is an expert in cultural economics and sociology. His recent publications include: “Three modes of valuation in art games”, in: Valuation Studies (Vol. 8, 2021), “The Rise of the Joyful Economy (Routledge, 2015) and “Moments of Valuation. Exploring sites of dissonance”, edited together with Ariane Berthoin Antal and David Stark (Oxford University Press, 2015) .